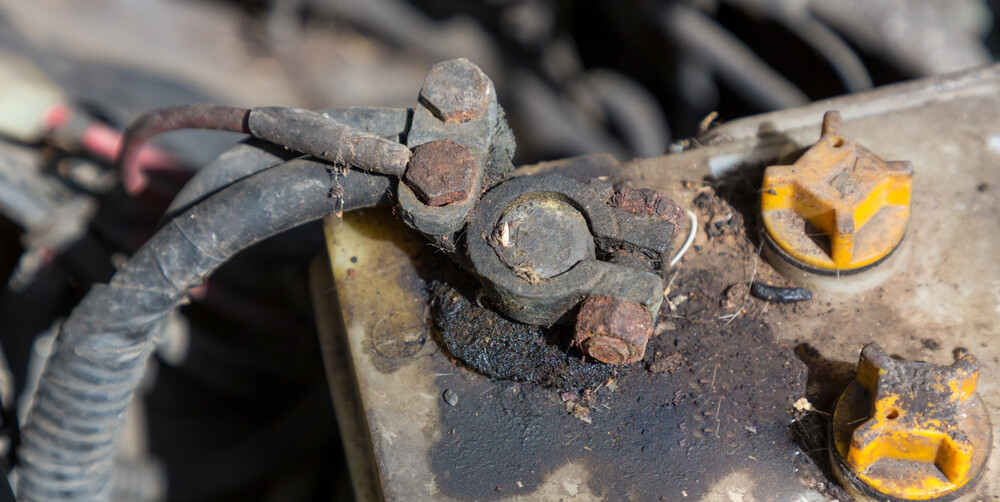 Battery terminal corrosion is commonly seen as a white-blue or greenish powder that gathers around the positive- and negative-battery posts, well our CMH Renault Midrand Workshop Technicians suggest that corrosion is generally caused by hydrogen gas (which is released from the battery while charging), along with moisture and other salts / minerals in the atmosphere, all of which combine to create a corrosive environment. In many cases, it’s believed that the corrosion will typically form around the negative terminal, which suggests that the battery is “undercharging” due to a lack of adequate driving time. Corrosion around the positive terminal is generally believed to be the result of overcharging from the alternator. Either way, any form of battery terminal corrosion will eventually lead to poor conductivity, high electrical resistance, reduced lifespan, and ultimately the inability to deliver enough energy to start the engine.

If you overfill your car battery, it might cause the electrolyte to leak out, as mentioned before. Not all car batteries are refillable, but you should absolutely double-check if you have one so it is not overfilled.

The battery turns acid into an electric current. There are moments that the hydrogen gas in the battery leaks and finds its way into the atmosphere. It reacts with other substances, and you get battery terminal corrosion. Depending on which side it forms, you can diagnose various battery problems. If it is on the negative terminal, this is a sign of undercharging, while if it is on the positive terminal, it is due to overcharging. 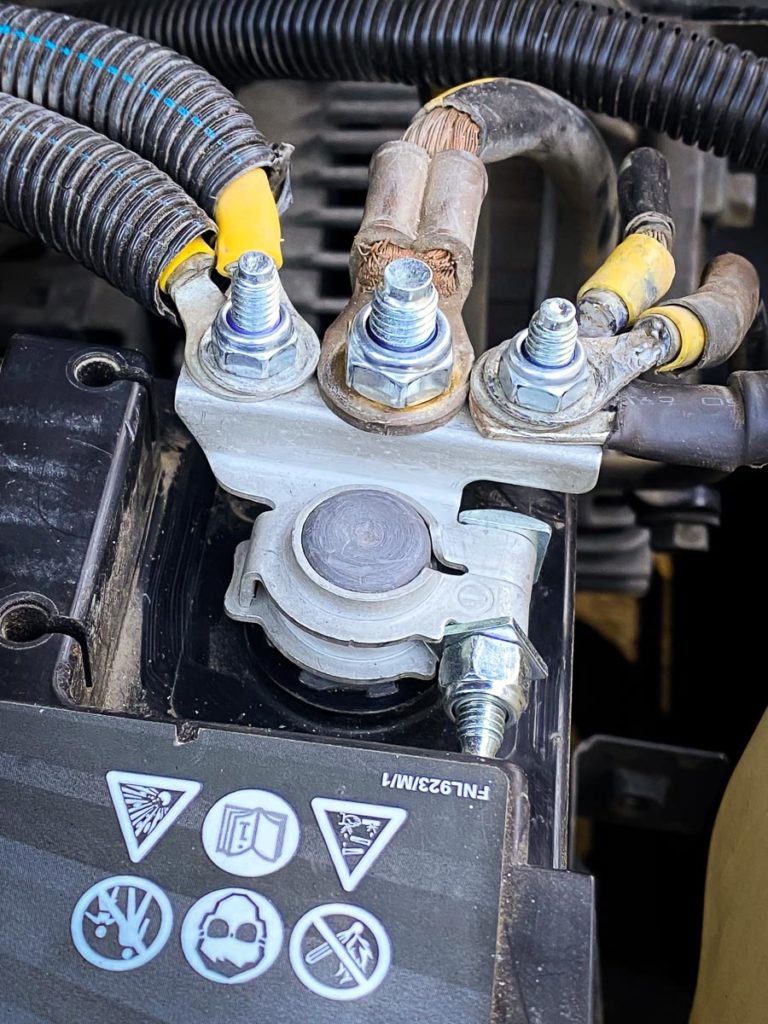 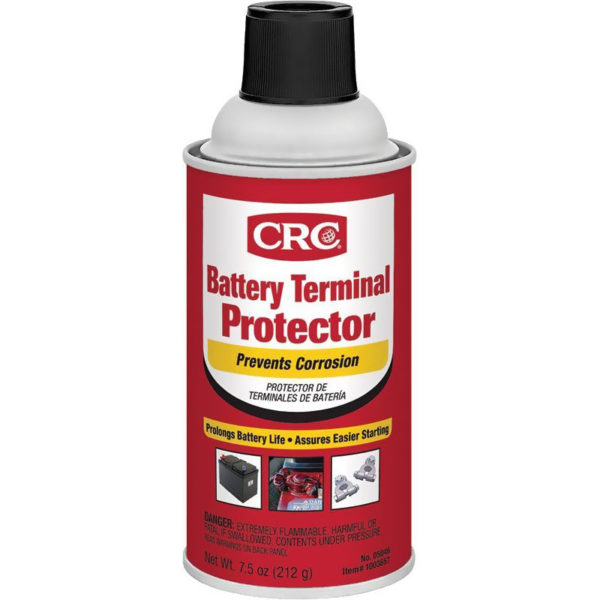 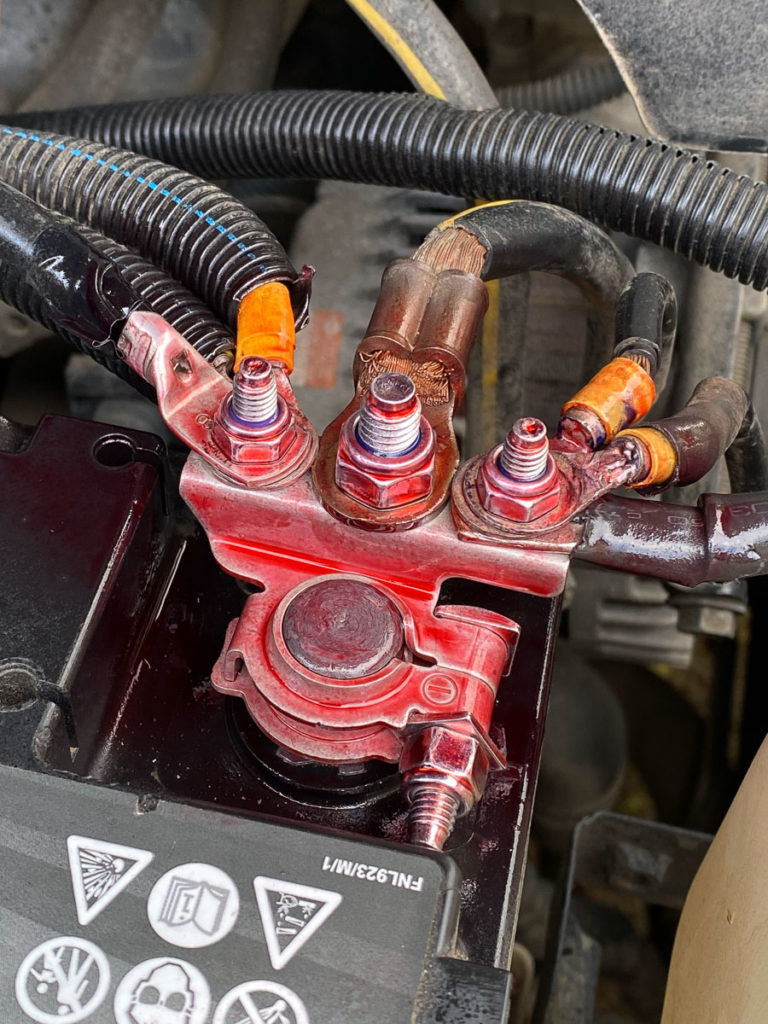 How To Prevent Battery Corrosion

Although some mechanics use grease or Vaseline to cover the battery’s terminals, our amazing of team of experts at our CMH Renault Workshop can guarantee you that these substances attract dirt. Needless to say, a gradual build-up of dirt and dust can also contribute to poor electrical contact.
According to CRC Industries RSA (Pty) Ltd – trading as CRC & Q20 South Africa the correct product to use is CRC’S BATTERY TERMINAL PROTECTOR, which is one of a lead-free soft coating that’s specifically designed to protect battery terminals from corrosion.

So now, when we fixed the car battery terminals’ corrosion, what can we do to make sure that it will not happen again?
Because a leaking car battery causes a lot of battery corrosion, you may need to replace your car battery to prevent it from happening again soon. Car Batteries are anyways recommended to replace every 5 years always to keep them in good condition.

These clamps are one of the best in the market and will help prevent further battery terminal corrosion. The clamps are made from tinned copper and ensure that the whole clamp comes into contact with the electric current.

One of the causes of battery terminal corrosion is a battery that is overcharged or undercharged. The manufacturer’s manual often has the recommended battery voltage. Make sure you are not charging it too hard with your car battery charger. Also, check the voltage when the car is revving on idle with a multi-meter. If the alternator is charging over 14.5 volts, there is something wrong with it.