The entry level light hatchback segment is set for a huge shake-up with the introduction of the very well specced, very well priced Renault Kwid

The cheapest new car you can buy right now in South Africa is the Chery QQ3 which just manages to slip under the R100k threshold by just R5. It is powered by a diminutive 800cc 3-cylinder engine producing just 38kW and 70Nm and only manages to offer up power steering, air-conditioning and a CD player/Radio as standard features. That’s it!

Indeed, entry level cars have traditionally been devoid of any luxury features or safety specification. The emphasis is on basic motoring for 4, maybe 5 people. The thinking is simple: A sub-R100k new car is not about refinement, comfort, power or luxury equipment, it’s about getting from A to B as cheaply as possible without ‘downgrading’ to a scooter motorbike or public transport. Think Datsun GO, Tata Indica, FAW V2, and Suzuki Celerio. With all of these, the philosophy is the same, and the emphasis is firmly and resolutely in one place; low specification, low price.

However, what if you could have a few luxury features. Features such as electric windows, air-conditioning and remote central locking? What if you could have a central touchscreen system with satellite navigation, Bluetooth, USB, auxiliary connectivity in an entry level hatchback that costs less than R130k? Sounds too good to be true, doesn’t it? 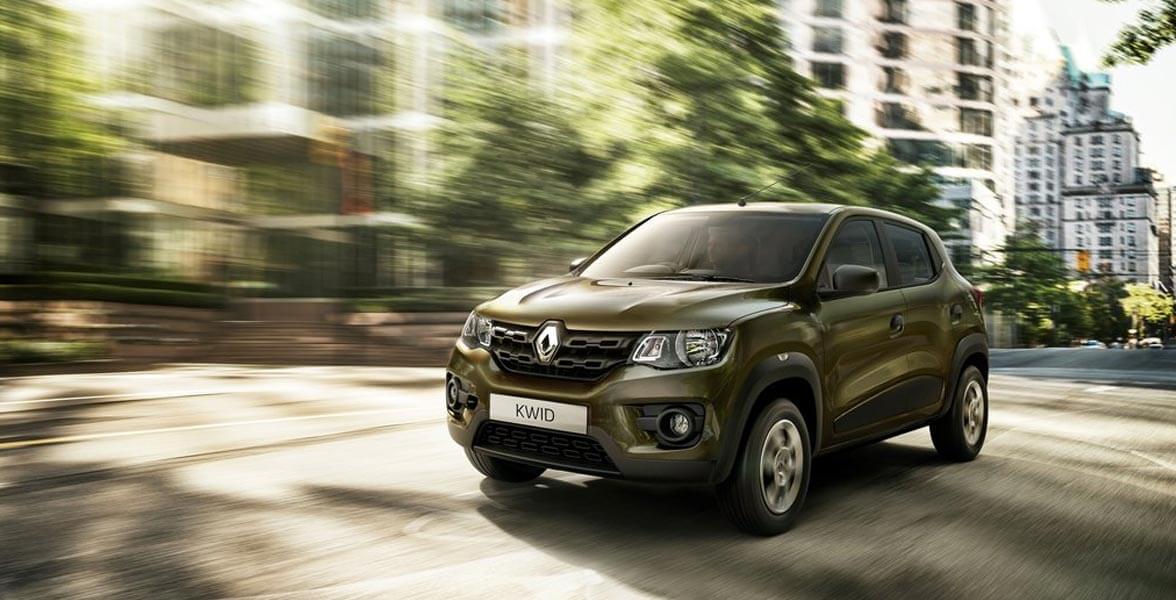 The entry level light hatchback segment is set for a huge shake-up with the introduction of the Renault Kwid because all those features mentioned previously (electric windows, air-conditioning, remote central locking, central touchscreen system with satellite navigation, Bluetooth, USB, auxiliary connectivity and MORE) are standard on the new Renault Kwid in Dynamique trim which retails for R129 900. 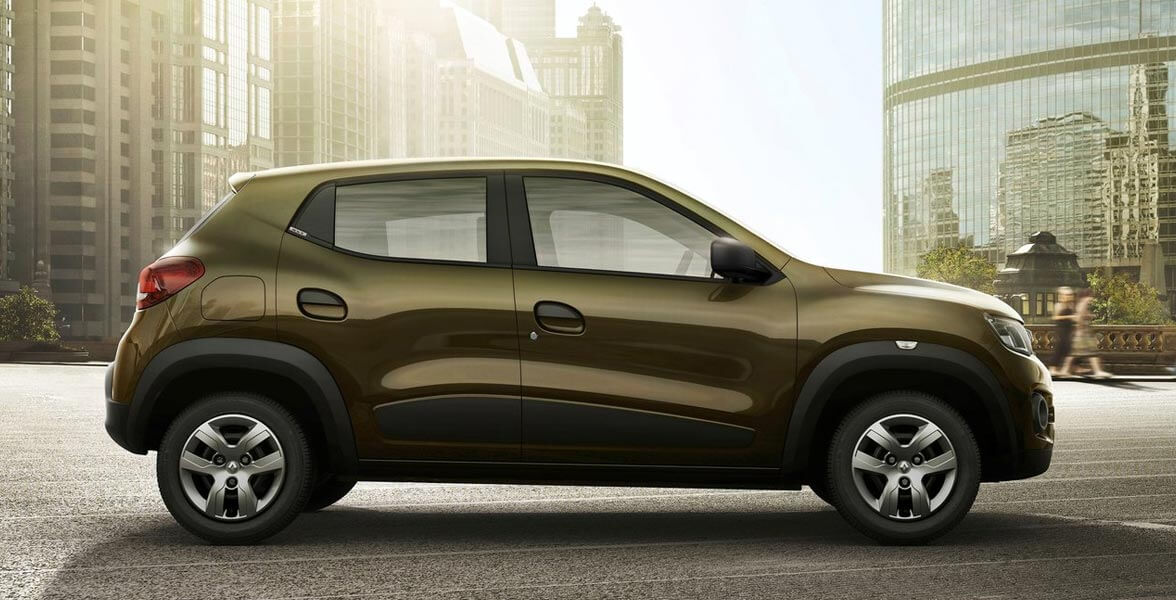 Not billed as Crossover per se, the Kwid certainly has all the hallmarks of one, with its chunky styling, high roofline, short overhangs and wheel arch cladding. Ride height is particularly impressive at 180mm and will make navigating the odd dirt road or farm track a cinch. A higher driving position also aids for greater visibility, while the 155/80 13-inch alloy wheel and tyre combination will certainly aid ride comfort both on and off the tarmac, and look the part too.

While it’s safe to say that the Renault shoots to the top of the class as far as exterior styling is concerned, the interior does not disappoint either. Uncluttered and simplistic, the central dashboard is surrounded by the familiar rounded square shape and finished off in piano black plastic, as seen on other Renault models, and houses the touchscreen/infotainment centre (on Dynamique models) as well as the air-conditioning and ventilation controls. 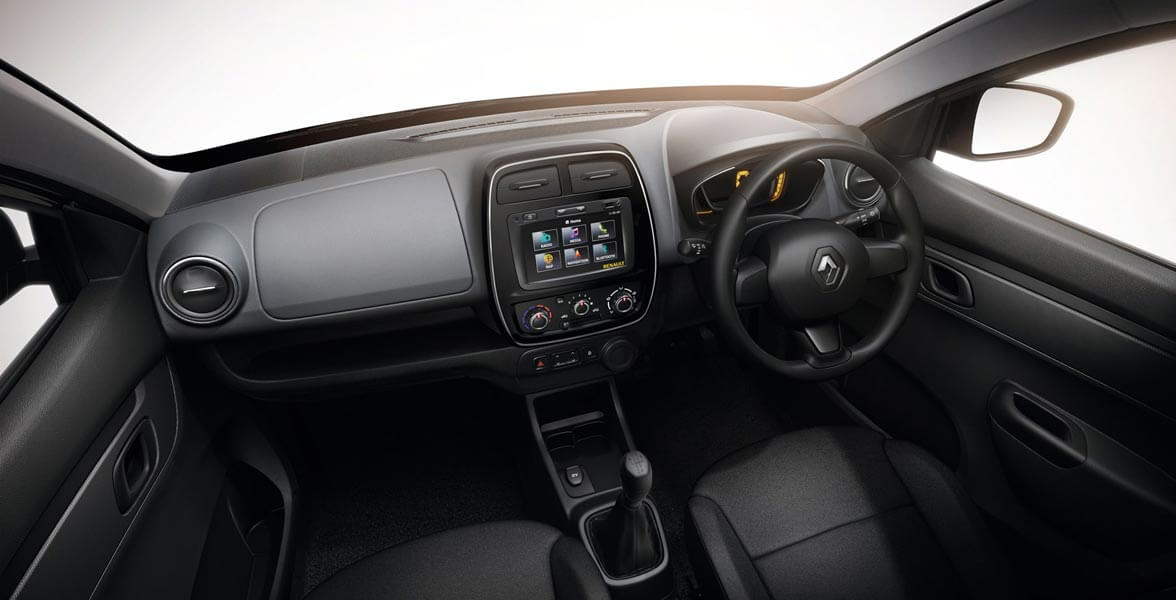 A 2 422mm wheelbase allows for a spacious, comfortable cabin and crucially more rear leg room. Height adjustable front seats are standard on both seats and boot space is a pegged at 300-litres putting the Renault KWID on par with an upper segment vehicle. With the rear seatbacks folded this expands to 1 115-litres of storage space. 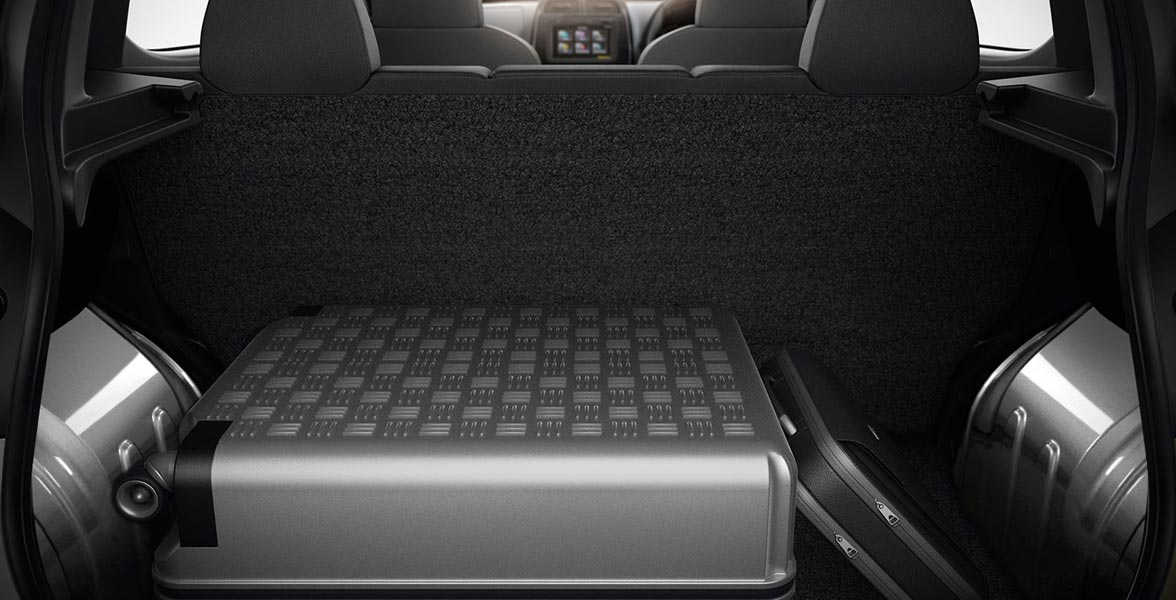 The Kwid’s boot can swallow an impressive 300-litres

Powering the Kwid is a compact 1.0- litre 3-cylinder Smart Control efficiency (SCe) engine which has been optimised for power and performance and pushes out peak power of 50kW and maximum torque of 91Nm. Power is sent to the front wheels via a 5-speed manual gearbox and Renault claim an average fuel consumption of just 4.7-litres per 100km.

These figures on paper might not look impressive, but when combined with the Kwid’s low kerb weight of just 700kg, in real world conditions, the Kwid will punch above its weight class with a superior power to weight ratio than those of its rivals.

As is the case across Renault’s entire range, the new Kwid Dynamique and Expression derivatives come standard with a 5-year/150 000km mechanical warranty and a 6-year anti-corrosion warranty. Services intervals are pegged at 15 000km. Optional service plans are available.

Contact Us Today For More Info About The Renault Kwid