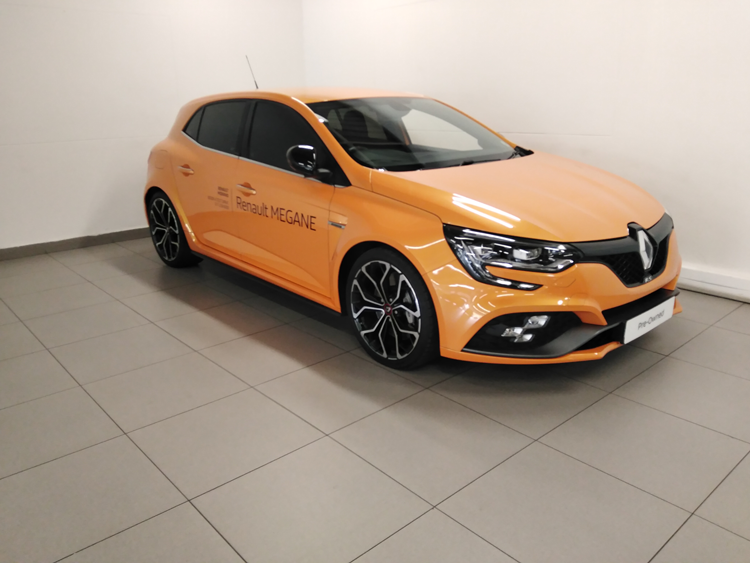 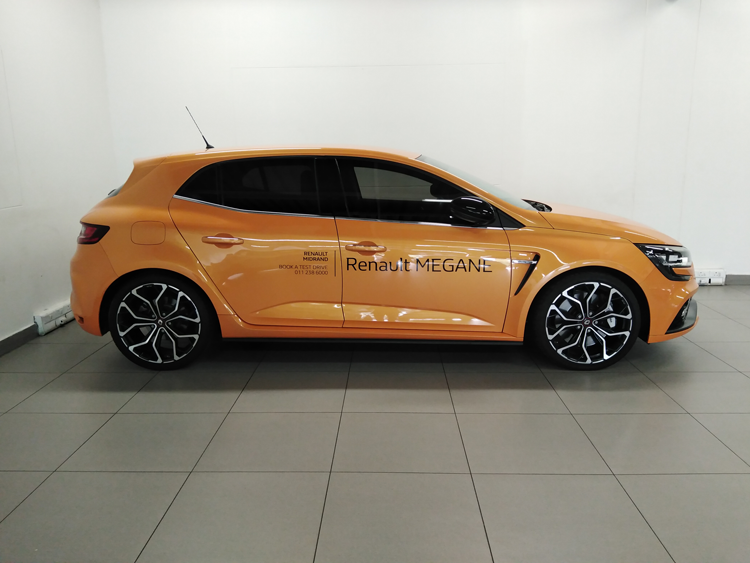 CMH Renault Midrand demonstrating and getting you closer to the most adored 2019 Megane RS IV 280 EDC Lux on our CMH Renault Midrand floor. The Megane III RS was released in 2003, with greater performance and its technology has continued to be enjoyed in Megane models for more than a decade. Launched in 2009, it’s frugal and environmentally-friendly Euro 6 engines under the bonnets of the Megane range, seamlessly blend absolute driving pleasure with performance.
Powerful performance and optimum fuel efficiency, its engine and performance comes with a new version of the 1.8-litre direct injection turbo engine, derived from synergies with the Renault-Nissan Alliance. This version develops a power output of 205kW at 6 000rpm and a peak torque of 390Nm available from 2400 to 4800rpm. A key factor in driving pleasure and comfort, the car boasts one of the best torque ratings in the category. 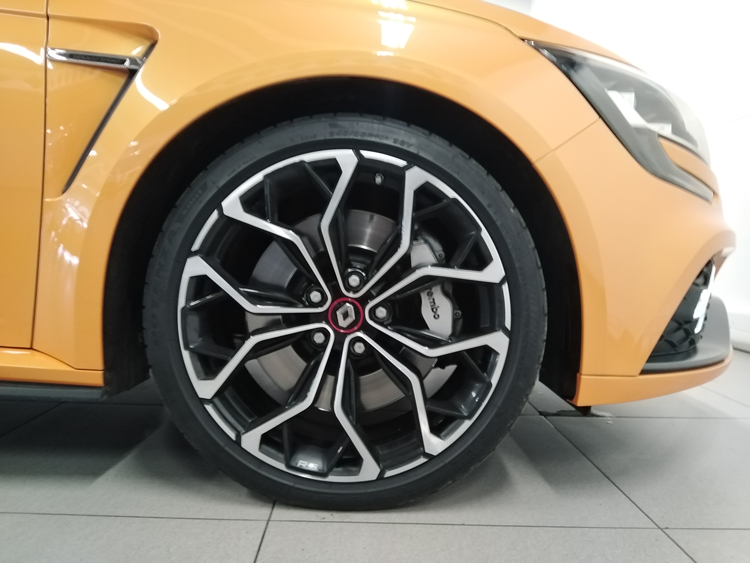 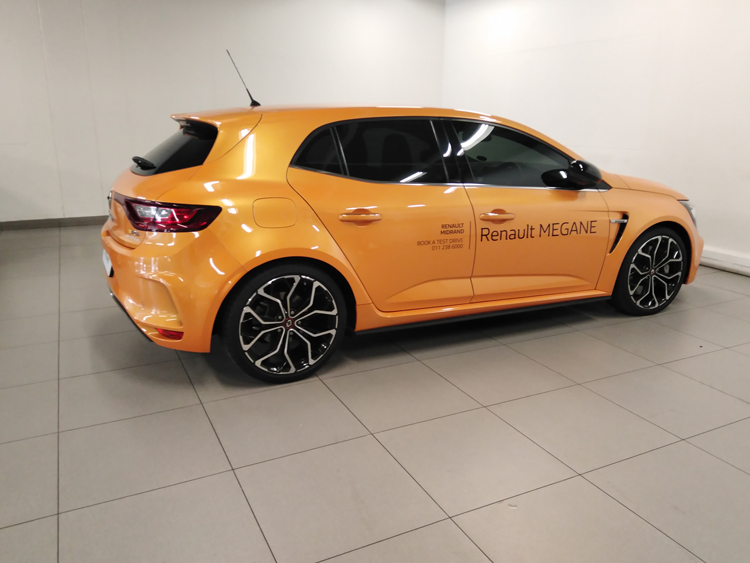 CMH Renault Midrand personally and absolutely believe that the 4Control system is a dream come true for every driver looking for efficiency. Since it improves both the agility and the stability of the car, it has been designed to deliver performance. The wings have also been widened by 60 mm at the front and 45 mm at the rear (in comparison to the Megane GT).
With the ride height lowered by 5mm compared with Megane GT and new 18″ or 19″ wheels, these new proportions make this car more assertive. It is also boosted by a number of features taken from the world of motorsport, which immediately places it in the high-performance category. 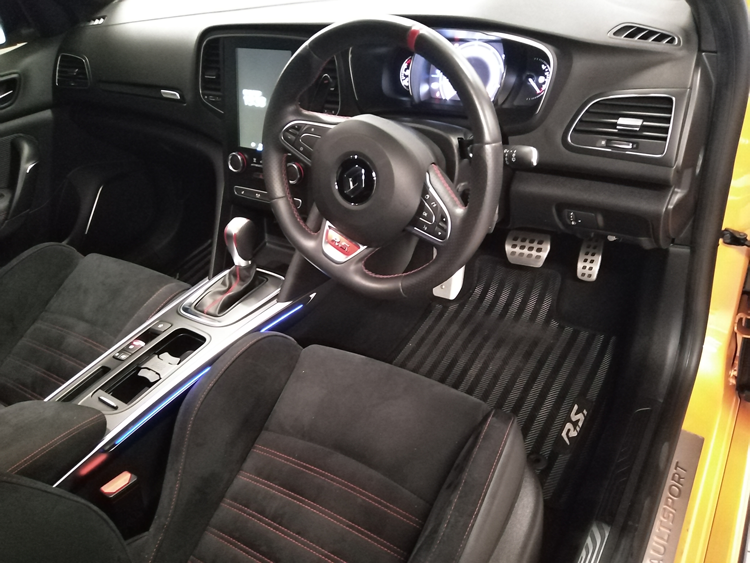 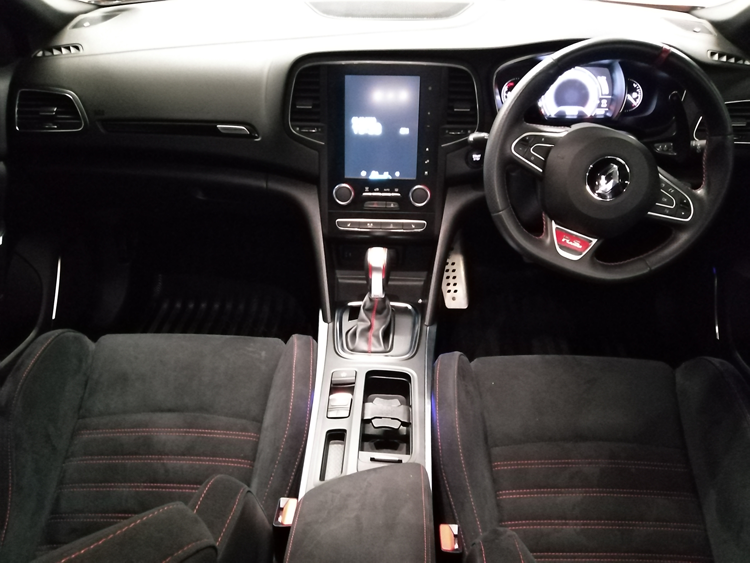 Featuring a more user-friendly layout, extended offering functionalities, telemetry and data acquisition system, the R.S. Monitor provides you with a new experience. Available as standard, RS Monitor gathers and summarises information from all the sensors spread around the car – For added safety and peace of mind on the road, intuitive and intelligent driving aids are easily configured using the R-Link 2 interface: Parking Distance Control l Hill Start Assist l Cruise Control with Speed Limiter.
Also including a USB port and Bluetooth connectivity as standard to support both telephonic and multimedia mobile devices. Four speakers, 3-line 4.2 display, wireless telephony, push-to-talk (Smartphone voice recognition), offset terminal 2 USB + jack, audio streaming. Not also missing the TFT instrument cluster that is at the heart of the dashboard, very easy on the eye, and displays stable images with good contrast both during the day and night. Using the ambient lighting controls facilitated by Renault Multi-Sense, the cluster’s dominant colour is also changeable.